How to Install Snow Rails on a Metal Roof

Weightless, fluffy snowflakes, falling on the roof, have the unpleasant effect of lingering and thickening over time. After several thaws and freeze periods the snow layer grows to a considerable chunk with dense and heavy ice layers. This monstrosity is ready to slide from the roof surface at the most inopportune moment. If at this time a person, an animal or, for example, a parked car, is under the roof, the falling snow can cause severe damage. Landscaping structures and plants near the building may also be affected.

That is why it is a good idea to think about installing snow safety system also collectively known as snow guards, snow rails, snow stoppers, safety devices or snow holders. In this article we will discuss this safety system in detail.

In areas where winters are harsh and snowy, installing snow rails is the only way to protect your property and passers-by from an avalanche of snow sliding down the roof.

In addition to preventing the sudden slide of the snow cover, the safety devices also perform some additional functions:

The installation of snow guards on a metal roof is especially important – its smooth surface cannot prevent the snow mass from slipping. If the bottom layer of snow has turned into an ice crust (which happens in 70-80% of cases) and once it goes down it will inevitably damage the surface of the metal sheet. Scratches will result in corrosion and effect the performance of the roof.

The installation of the safety system depends on several factors:

There are also different types of installation depending on the type of snow holder.

As we have said its surface is smooth, sensitive to temperature changes, and is not able to hold the melted snow for an extended amount of time. This property makes the installation of snow guards on metal roofs an absolute must. The following types of snow holders are suitable for metal roofing:

Tubular snow holders are secured in the following order:

There are snow guards for different standing seam profiles which connected by clamps or brackets to the ribs of the panels without any holes on the roof. 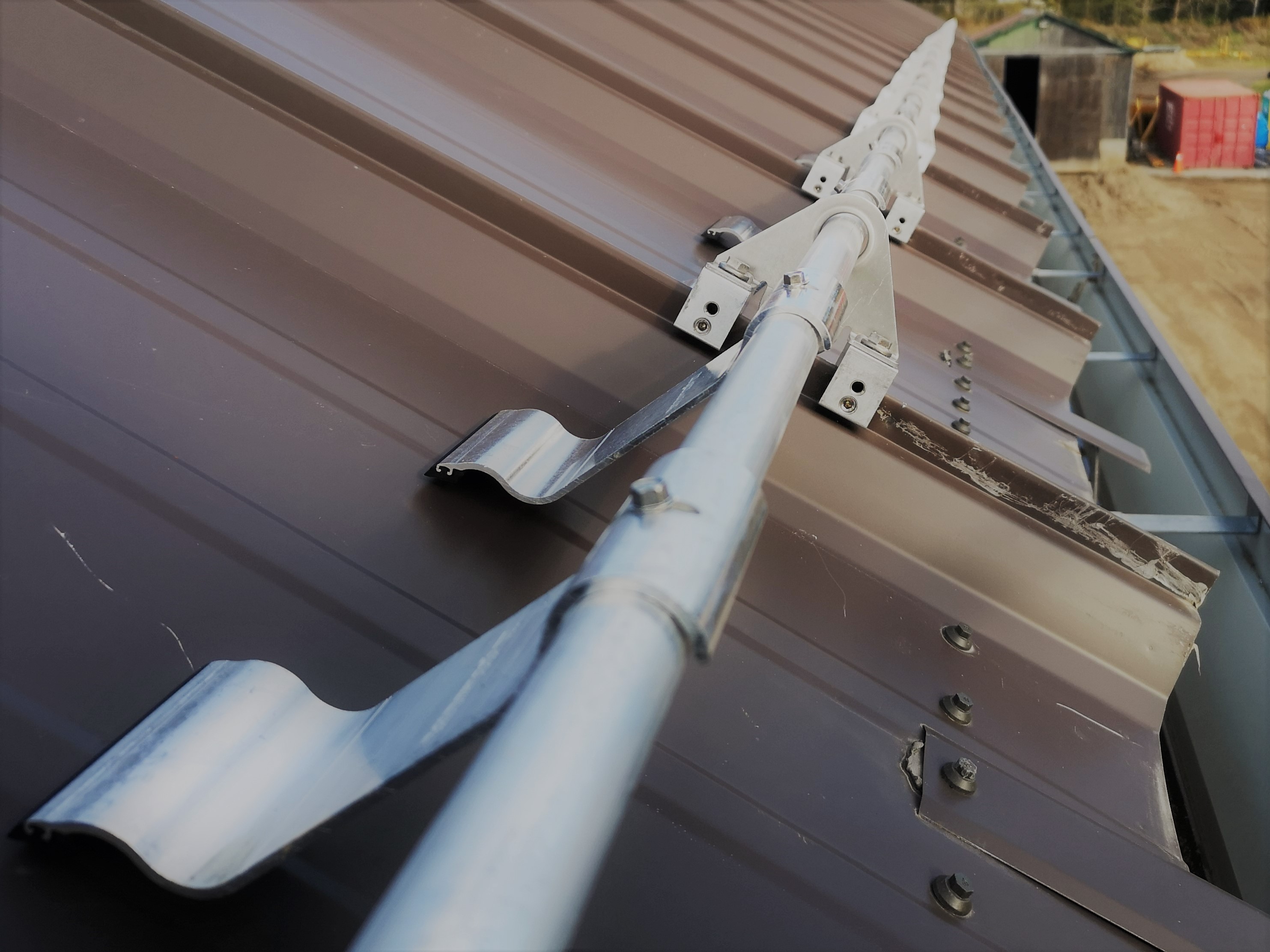 For other types of profiles (metal tiles, straight rib panels, metal shingles) the only option to connect brackets of snow guards is to screw them to the base of the roof. 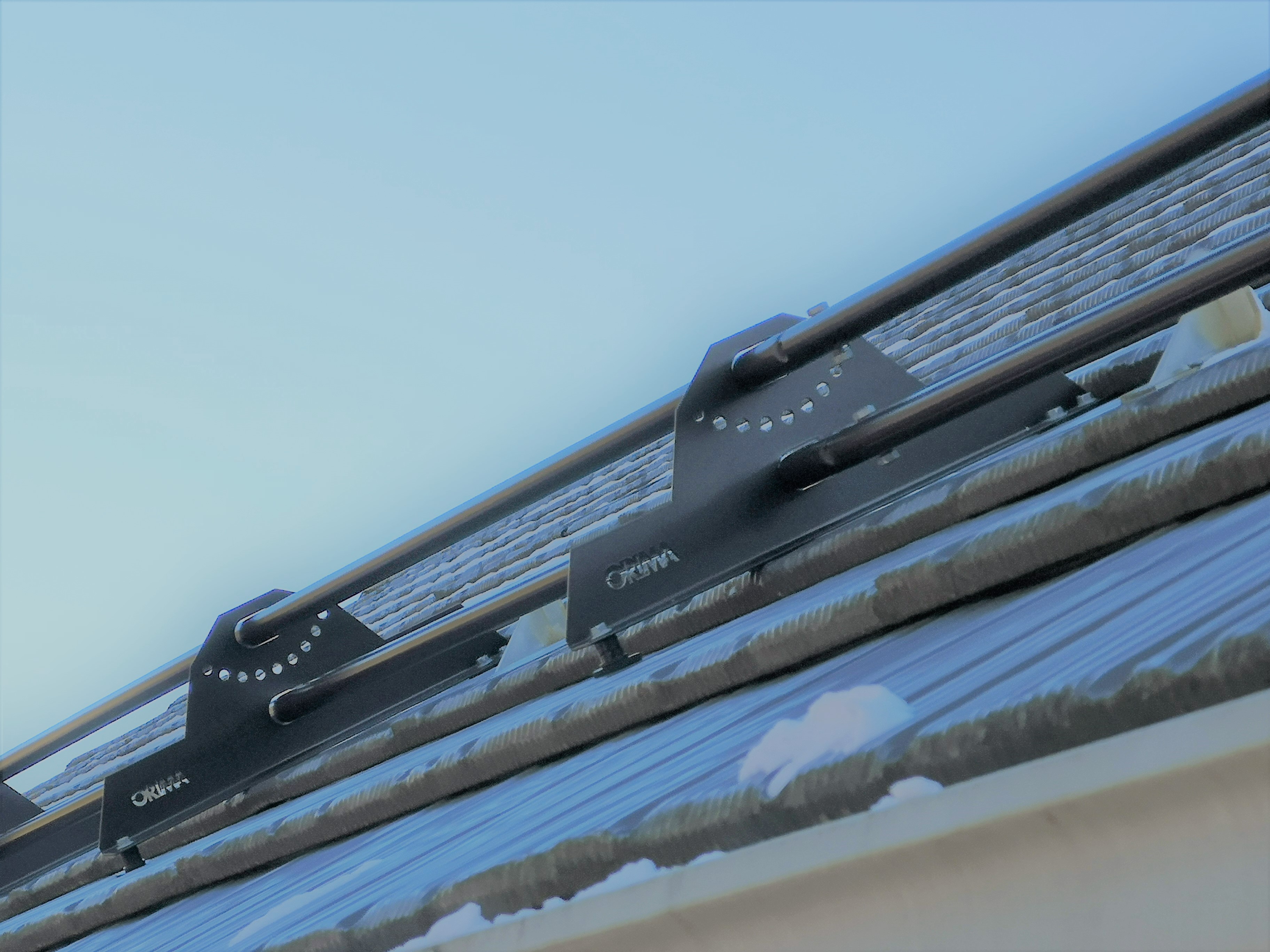 The choice of models of tubular snow guards allows you not to worry about timely cleaning the roof. Even in a strong blizzard, snow will descent in safe portions.

Durability characteristics of these roofing elements depend on the pipes used (how capable they are of withstanding the load), the brackets and the thickness of the steel. Ideally, galvanized steel with a polymer coating should be used in the manufacture of such snow guards – to protect against corrosion and increase the service life. As for the shape of the pipe, the oval shape is the most durable.

Let’s dwell on this in details.

The first thing you need to pay attention to is the quality and thickness of the steel. It is these parameters that provide the strength characteristics of the snow holders and their bearing capacity. So, in modern products, a wide variety of steel grades and its thickness are used.

The second point is the quality and thickness of the zinc layer, the way it is applied to products – cold or hot. Hot Zinc coating is considered more durable because the layer is several times thicker.

Point three. The quality of painting of the snow guard is also important. The paints and the type of application determine the appearance of the product and its durability. It is important that both the zinc and metal layers are permanently protected from the external atmosphere. Remember that such roofing elements, by the nature of their service are constantly affected by moisture, and therefore on poorly coated tube even an accidental scratch quickly leads to corrosion. 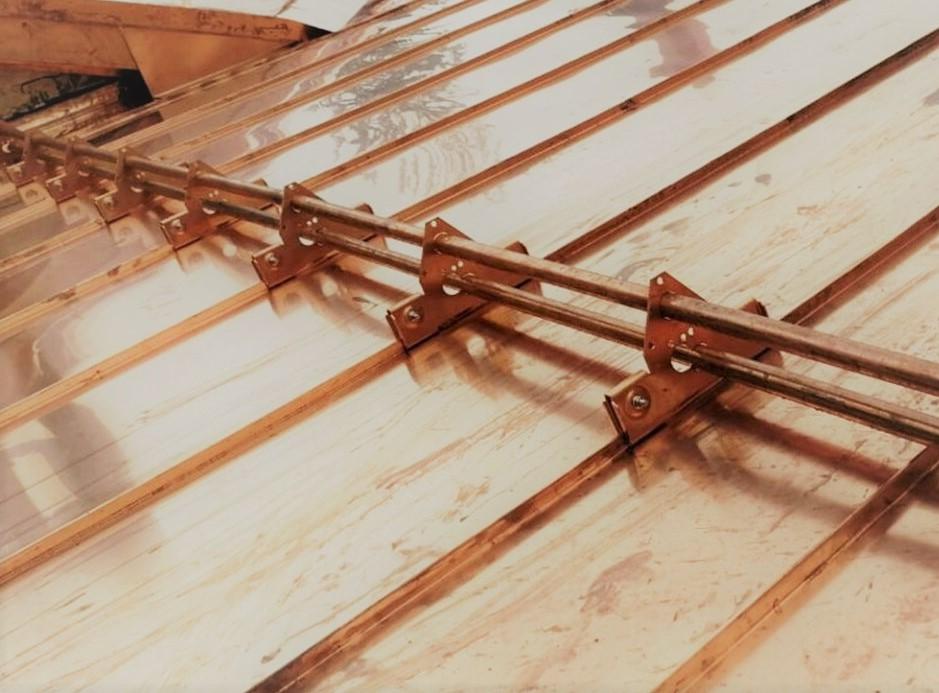 The distance between the supporting brackets should be determined depending on the snow load in a certain area. After all, it is very important that the load from the snow holders themselves is adequately transferred to the load-bearing walls. If this is not done correctly, the snow on the overhangs can work according to the mechanism of “lever effort” and eventually damage the entire integrity of the roof.

Tubular snow holders are installed along the perimeter of the roof in an uninterrupted pattern. If the roof slope is longer than 20 feet, you can increase the number of rows of such snow guards to 2-3, without interrupting them, and leaving at least 6 feet between them.

Further, it is necessary to install a two-tube snow guard if the snow load is heavy and the roof slope is 30 degrees.

The price of snow holders is comparable to the costs of periodical roof cleaning and repairs, which are inevitable in the event of uncontrolled avalanche of snow layers. The installation of snow guards on the roof is a demanded service provided by many construction organizations, often in parallel with the arrangement of the roof. Turning to specialists allows you to get full protection of the roof structure and the surrounding space. The cost of installing snow guards is calculated according to the size of the roof; it depends on several parameters:

How do you keep snow from sliding on a metal roof?

Snow guards is your go-to solution to keeping the snow on the roof. This measure also reduces dangerous avalanche of melted snow down your roof.

How far apart should snow guards be on a metal roof?

The snow load in particular region with inclination and the length of the slope define the structure of the safety system (one, two or more continued rows of snow rails). In regular recitational roofs snow guards are normally installed in our row. However, if the slope exceeds 20 feet, two rows are necessary. Here you can find table for snow guards’ calculation.

Should I put snow guards on my metal roof?

Metal roofs have smooth surface, that is why the snow mass easily slides down the roof. We would even go as far as saying that snow guards are an absolute must on the metal roof.

Where do you put snow guards on a metal roof?

Snow guards for metal roofs should be installed in line the load-bearing walls along the gutters.

They are also installed above the skylights and the chimney.

Contacting the company allows you to get additional benefits. Choosing the professional allows to achieve price and quality ratio.

The installation of the system is carried out according to the manufacturer’s recommendations, which increases the service life of the structure.

Professional installation of the snow guards implies obtaining a guarantee for work and for material. If during this time a defect is revealed, it is fixed free of charge. If problems do not arise during the warranty service, they, with a high degree of probability, will not pop up in future.

Newer Why Do I Need Snowguards?
Back to list
Older Effective solution to prevent snow from falling off the roof
close

Sidebar
Start typing to see products you are looking for.